This is your friendly neighborhood ex-Muslim making money from bashing Islam. Just kidding! The topic of “You’re doing this for money” comes up a lot. Here is a strongly-worded tweet I received: 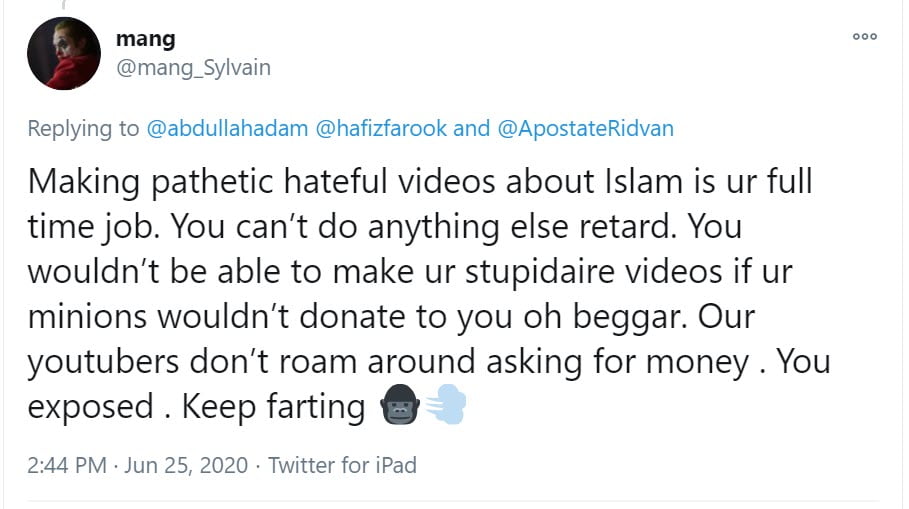 “Your YouTubers” don’t ask for money, do they? Are you sure about that? Have you seen any of the big Muslim channels merciful servant for example? How about some of the smaller ones like Muhammad Ghilan, Asadullah Ali, Youssef ponders, Ali Dawah, Sajid Lipham, and on and on and on? Anyway, I’m going to address this from several angles.

Firstly, this is a circumstantial ad hominem. This occurs when someone attacks a claim by saying that the person making it is only making it because it’s in his or her best interest or because of the circumstances. This actually has no bearing on whether or not the claim is true or false. I think this is self-explanatory. My points don’t become false even if I benefit personally from saying them. So this can be thrown out immediately.

Now to the second point: Muslims do the same. I already mentioned a bunch of smaller YouTubers but what about Yasir Qadhi, Zakir Naik, Yusuf Estes, Bilal Phillips, Norman Ali khan, and so on? All of them make money talking about Islam. Jonathan brown makes money writing books about Islam. He holds the al-Waleed bin Talal chair of Islamic civilization at Georgetown University. He gets paid lucratively for this position. Brand name speakers get paid big bucks to speak at conferences.

This whole issue of making money off Islam has become such a problem that the Islamic website Islam21 wrote an article on it called the dangerous relationship between money and Dawah. Zakir Naik’s Peace TV is a multi-million dollar enterprise. I was told by an acquaintance that *Bainer Institute also rakes in millions. Daniel Haqiqatjou has written about Yaqeen Institute and shared that the money they receive is quite substantial. They raked in 1.4 million dollars in charitable contributions in 2016 and 3.5 million dollars in 2017. So there you have it major Islamic organizations raking in the big bucks.

How much does the Hajj business bring in? Together the Hajj and Umrah add 12 billion dollars to Saudi Arabia’s GDP every year, which accounts for 20 percent of the country’s non-oil GDP and seven percent of total GDP. The cost of one Hajj package has been steadily increasing over the years and is well over ten thousand dollars now. 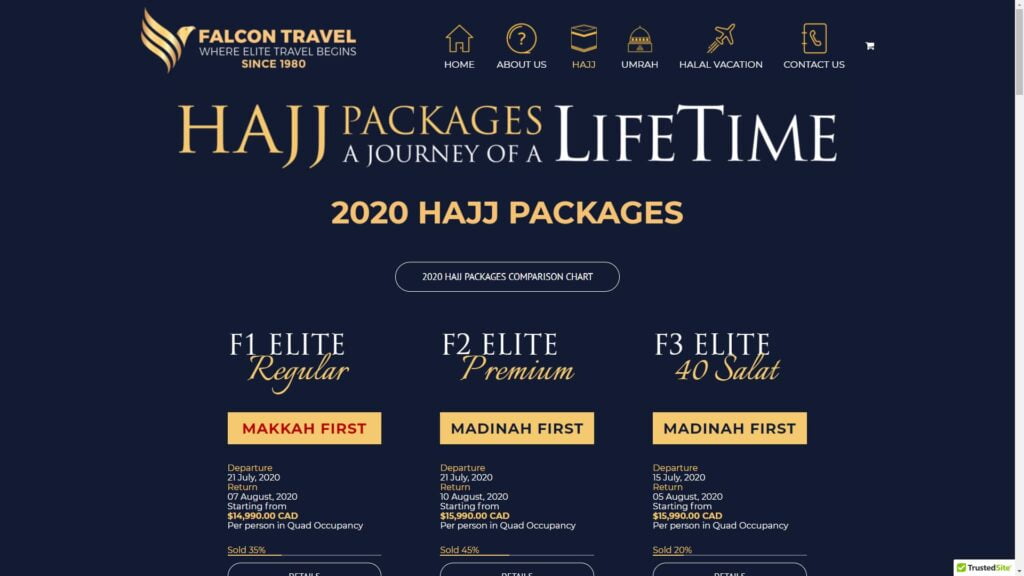 Yasir Qadhi and other sheiks attach their brand names to these tours and get big bonuses for bringing in the sales. I mean who wouldn’t want to go for hajj with Yasir Qadhi or Hamza Yusuf once in a lifetime right?

The thing that many people doesn’t realize is that I have a full-time job earning six figures. I’m a highly successful software developer. I am by no means filthy rich as I have a big family five kids and my stay-at-home wife. We manage just fine but the amount I earn per hour doing coding is far more than what I make doing YouTube videos. I’ve made around 400 videos in the last five years.

I started the blog in 2015 then the YouTube channel in 2016 and created the Patreon in 2018 when I realized how much time and energy I was putting into it. If you combine my work across various social media platforms – Facebook posts, blog posts, YouTube, Podcasts, and Twitter – you would see that there is no way I’m doing this for money. Given the total number of  hours I put into my YouTube Channel, the amount I’ve made is less than one dollar an hour I’m sure.

I might as well moonlight as a software developer or reinvest this time into learning new technical skills and building my career but I don’t. I do this instead because this is my passion. I care deeply about the world and the effect of Islam on it and my content. I would gladly do this full time if I could.

That brings us to the final point: the money helps. Without accounting for my time, the cost of camera equipment, the subscriptions on different platforms, the web hosting the licenses and software is significant. I recently hired a virtual assistant to help me leverage my time more effectively.

I would love to spend more time creating content and less time editing videos, making thumbnails and the rest of it. Hiring an editor would save me 50 to 100 hours of work per month. This is why many Muslims fear my income growing because it means that I can do more in the same time. I will be able to produce more content, increase my reach on the internet, and may become more influential. They know that my work and that of many online activists is reaching even the Islamic strongholds and changing Muslims’ minds.

You see, someone like me who does this online activism as a passion is more dangerous to their cause. When you do something you love and you bring value to the table, the money comes to you at the end of the day. There’s no reason to apologize for making money doing something you love. Nothing could be better than working on your passions and making money at the same time. If I can help improve the world and earn money while doing so then damn right I will do it.

In conclusion, this accusation is futile. It is an ad hominem. Muslims do the same. I already make significant money on my full-time job and the money that people donate helps me to do more activism online. so I will not apologize for taking it. That’s it