It’s your friendly neighborhood exmuslim here. I have some not so nice news. There’s not just one but two different cases of people who are in trouble because of blasphemy laws. But it’s not two atheists but one Muslim and one atheist. It just goes to show you that even if you are Muslim, but not of the right sect, you can get in trouble for saying the wrong things.

Blasphemy laws are  especially problematic for those in minorities like Ahmadis or Christians in Pakistan. In this particular case the two individuals are a Nigerian singer Yahya Sharif-Aminu and the President of Nigerian Humanists Organization Mubarak Bala. One is arrested and hasn’t been heard from, and one is going to be executed.

On August 10, 2020, A Nigerian man by the name of Yahaya Sharif was sentenced to death for singing in the north for blasphemy. He was found guilty for circulating a song describing Prophet Muhammad on WhatsApp in March. Who is Yahaya Sharif-Aminu? Few people have heard of him before his arrest. He was a musician, not well know in northern Nigeria and his songs were not popular outside his Tijāniyyah sect.

The Tijāniyyah is a Sufi tariqa. Critics said the song was blasphemous because it praised an imam from the Tijaniya Muslim brotherhood and elevated him above the Prophet Muhammad.

If you didn’t figure it out, this is coming from the strict Wahhabi strain of Islam. The Taliban murdered Sufi singer Amjad Sabri in 2016. They don’t tolerate the elevation prayer and worship of saints. This strain is like a virus in Islam that spreads in the community and causes all who join it to want to cleanse Islam of all “impurities”.

His name was Yahaya Sharif and he was only 22 years old. Protesters had burnt down his family home and gathered outside the headquarters of the Islamic police, known as the Hisbah, demanding action against him. 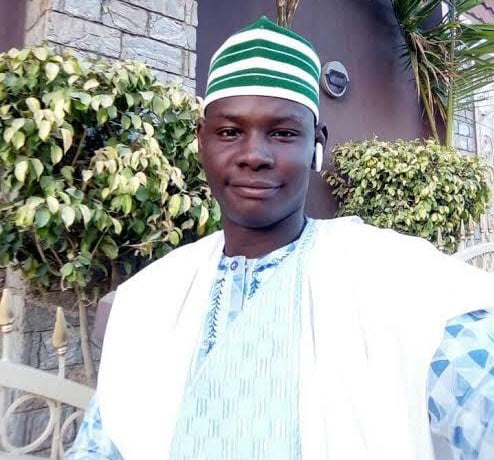 Yahaya Sharif-Aminu has been held incommunicado and being chained in an underground cell at the Kano Prison, Sahara Reporters has gathered. “They are keeping him in the worst possible condition. They have denied him visitors including his immediate family. He has been kept in a solitary confinement cell known as Back Cell at the Kano Central Prison. The cells are dark and underground.

“They boy may get infected where they are keeping him or exposed to cold. They have put a leg chain on him since he got in and he sleeps with the leg chain,”

Even worse. The Governor of Kano State said the State Government has accepted the death penalty and the verdict would be signed in 30 days. So that’s one example still fresh in our minds there’s another case as well that’s just as troubling – Mubarak Bala

Growing up in Kano, Mr. Bala was from a highly respected family, descended from generations of Islamic scholars. But as he got older, Mr. Bala came into contact with people outside Kano, and little by little he lost his faith.

According to BBC in 2014 his father had him forcibly detained and medicated in a psychiatric facility for eighteen days. The hospital said it was treating Mr. Bala, for a “challenging psychological condition”.

Imagine that simply for rejecting the religion of his birth, he was forcibly drugged and put into a mental institution. Did it help? Obviously not, because 6 years later, he is still atheist. There is no medical condition for lack of belief in god. Either you believe in the evidence or you don’t.

Fast forward 6 years later. On April 25, he allegedly typed a post on Facebook calling the Prophet Muhammad a terrorist. Knowing Facebook, this is enough to get you put in Facebook jail. But in Nigeria, it can get you put in actual jail.

Mr. Bala, 36, was arrested after lawyers in his conservative birthplace, the Muslim-majority city of Kano complained about his Prophet Muhammad’s post to the police. Amina Ahmed knew her atheist husband was taking enormous risks with some of his Facebook posts criticizing Christianity and Islam in Nigeria, a deeply religious country. Now in 2020 Mubarak Bala, head of the Humanist Association of Nigeria, was seized by the police and has disappeared in custody.

We fear for the ways Bala’s rights have already been denied; he’s had no access to legal counsel, and the Nigerian constitution stipulates that he should have been released more than a week ago if no charges were filed. And we fear for his health; given the fact that COVID-19 is ravaging prisons and immigrant detention centers, Bala’s detention puts him at greater risk of contracting the disease.

There’s a personal dimension to this which is so tragic. He’s got a family, a wife and he’s got a baby. Just set him free. Ms. Ahmed gave birth to the couple’s first child six weeks before her husband was arrested. She has cried so much since then and she is worried about her safety. But there are some people who cannot stop themselves from speaking their mind, even if it gets them in trouble.

Any person who insults another person’s religion can be sentenced to imprisonment of 2 years or execution. Under the Customary system, applicable nationwide, “blasphemy” is prohibited under section 204 of the Criminal Code. Section 204, “Insult to religion”, states:

“Any person who does an act which any class of persons consider as a public insult on their religion, with the intention that they should consider the act such an insult, and any person who does an unlawful act with the knowledge that any class of persons will consider it such an insult, is guilty of a misdemeanor and is liable to imprisonment for two years.”

States subject to Sharia courts can and do implement severe punishments for crimes such as “blasphemy”, including execution.
What can we do? We need to raise awareness. Post #FreeMubarakBala on your social media accounts. Share the petitions and the fundraiser that’s linked below. There’s a fundraiser for Yahaya organized by Atheist Alliance International which is nearly fully funded so I’m going to recommend you donate to the fundraiser by Humanists International for Mubarak Bala instead. They’ve already hired a lawyer and sent some money to the legal team. Please support this campaign. As you know, a good legal team can set a precedent. It will do more than help one person, it may change the laws for good. Last time I spoke about a case in Kenya, you guys fully funded it within an hour. I am sure you guys will be very generous as you were last time I asked for help.
End blasphemy laws now. Support secularism and freedom of expression and religion. Check out end-blasphemy-laws.org