I have an example of vile bigotry to show you. It took me a while to get to write this blog post, but I was reminded by a recent tweet. The Muslim writer and lecturer Daniel Haqiqatjou is known for not mincing his anti-LGBTQ+ views which of course he proudly boasts comes from Islamic teachings.

Recently regarding the French crisis, he posted:

The difference is they can post dumb cartoons insulting Islam, and the entire state apparatus protects them.

But Muslims can't post OUR cartoons insulting their cherished beliefs without Big Tech censoring it and state authorities cracking down.

Our cartoons are actually funny.

“The difference is they can post dumb cartoons insulting Islam, and the entire state apparatus protects them. But Muslims can’t post OUR cartoons insulting their cherished beliefs without Big Tech censoring it and state authorities cracking down. Our cartoons are actually funny.”

So I knew immediately what he was talking about, because I had seen what he posted a few months ago, and has now deleted it (maybe because Twitter made him do so). He made fun of killing homosexuals. Let me emphasize how disgusting this is. He is not just making fun of homosexuals, he is making a joke of killing homosexuals, something that happens to this day in some Muslim countries. He posted:

“Oh man, I missed the International Day Against Homophobia. The best way to celebrate such a beautiful, momentous, important day is the Muslim way: Recreational Base Jumping!”

Then he went further posting

When confronted by people on tweeter he double down posting

“Wow, some people are associating my love for recreational base jumping with something entirely different JUST BECAUSE I AM MUSLIM. That is ISLAMOPHOBIA. What century is this, bigots?”

If you don’t get the joke, he’s making fun of the murder of homosexuals. The prescribed  Islamic punishment is for homosexuality is to be thrown off buildings. 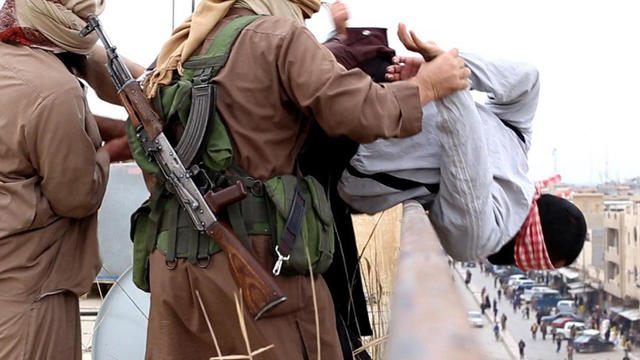 After much backlash, he deleted the tweets or was forced to by Twitter. Do you think he’s sorry for making this tweet? I don’t think so. Soon after this tweet, he posted

“Atheists like @ApostateRidvan do this all the time. They insult and denigrate Islam, then when Muslims react angrily, they condescendingly tell us we can’t take a joke. But when I made fun of the “rectum fetishists” with my base jumping tweet, Ridvan had a fit. Laughing face”

And this tweet is still up. Also, he  has a post on his blog giggling with joy:

“If you have had a rough week or are feeling down in the dumps, I have just the news to cheer you up. The Muslim country of Brunei is implementing Hudood to crack down on sodomites and fornicators!”

“By the way, how silly that these Western politicians and celebrities can’t stand it that a Muslim country implements the Sharia. They are frothing with anger. Isn’t it great?”

Very funny Daniel. Would anyone think it was funny if we made fun of how the Muslims are being unjustly persecuted in China? Would anyone think it’s funny to laugh at a picture of an African American man from the 1800s being lynched? Is it funny to laugh at anyone being horribly killed for no good reason? This my friends is the definition of bigotry. This toxicity needs to be called out and attacked for how venomous and nasty it is. And we will not live in a better world until we all fight for the rights of all people, no matter what their race, religion, sexuality, or gender is.

Stand up for justice, even if it be against yourself the Quran says. But the problem is that according to Islam this is a “just” punishment for the “Crime” of homosexuality. But the rest of us who believe in Humanism, we will stand up for the rights of everyone. And we will continue to call out bigotry and fight for the rights of all people.

Daniel, you are most welcome to believe whatever shitty things you want to about Homosexuals, but when you mock their killing, something that still happens to this day all over the world, you are a despicable person. Think about how hard it is for such individuals who out of no fault of their own are in that situation of being gay. Why should we treat them with contempt and hate and make fun of their murder? What if one of your own family members was gay? Say one of your children? Shouldn’t we live with them with tolerance and empathy and let “god” deal with them?